Men are in crisis; they are dying by suicide in huge numbers but the general public remains largely unaware of the disturbing statistics. The victims are not stars or celebrities, nor are they necessarily members of more widely publicized at-risk-of-suicide groups like teens or the Indigenous  community. But too many productive and vital men are falling under the radar, with no one to speak for them because they do such an effective job of muting themselves. It is time to bring some serious attention to this issue and shout: “Men are dying here, help these brothers out!”

Almost as many men die by suicide every year in Canada as by prostate cancer. Prostate Cancer Canada has done amazing work with its “Movember” campaign to raise awareness and get men talking and thinking about the disease. Deaths are actually decreasing because of early detection and treatment. No such luck with male suicide (and, it is equally important to note, with suicide in general). Rates of suicide remain consistently high, and the stigma surrounding depression and suicide is never-ending. No one wants to talk about it, let alone grow facial hair. What makes this lack of support even more egregious is that, unlike prostate cancer, suicide is 100% preventable.

Men die by suicide in numbers almost four times that of women. Although young men from 20-30 die in alarming numbers, men from 40-60 kill themselves most often.

In Alberta out of 377 male suicides in 2009 (versus 106 suicides for women) almost half -183 – were by men in the 40-60 age range. Men in the 20-40 range numbered 114 (Office of the Chief Medical Examiner, Alberta Justice, 2009). These trends are consistent nation-wide and, of course, do not even take into account the suicides that go unreported.

If we look at how both men and women deal with the daily stresses of life we may find some answers as to why men’s suicide rates are higher. Women tend to have better overall coping strategies when dealing with stress, as they will talk about their feelings more often with friends and family and will seek professional help more readily. 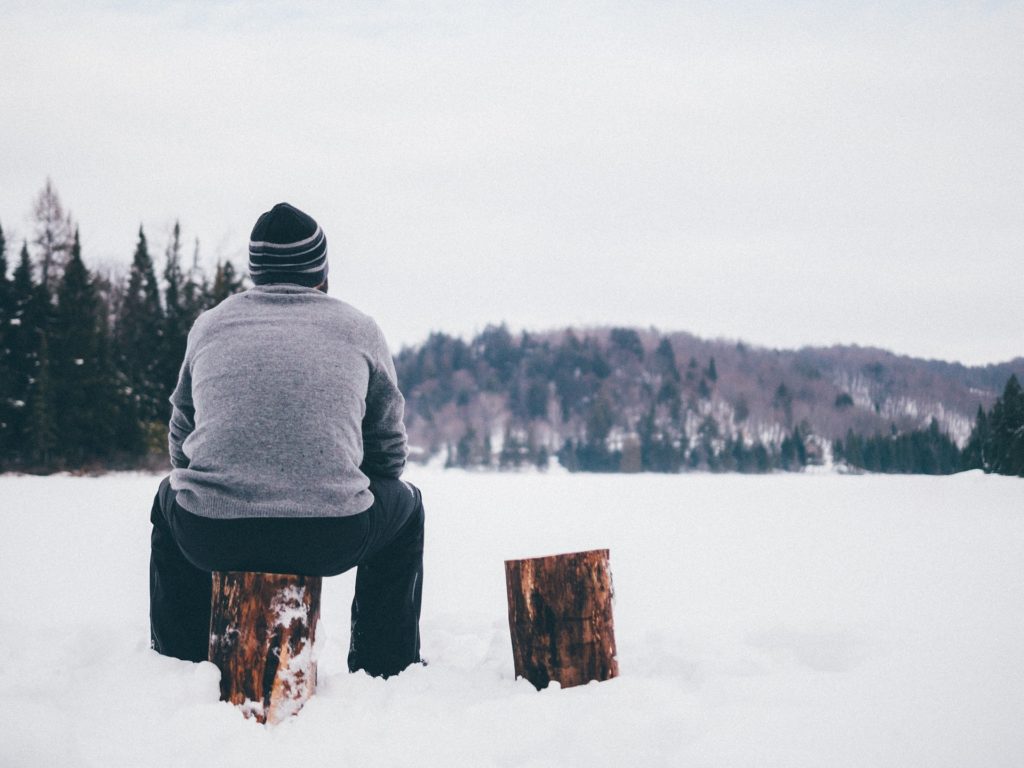 In contrast, men tend to ignore their stress entirely or deal with it by engaging in self-destructive actions such as abusing drugs and alcohol, promiscuity, or myriad other risk-taking behaviours. They may suppress their feelings until they erupt as irritability, anger or hostility (Ogrodniczuk,2011, p.154). Or they may simply isolate themselves by avoiding social contacts altogether.

This social isolation can manifest itself in surprising ways.

In his recent book, Lonely at the Top, Thomas Joiner describes a process whereby men’s pursuit of material and professional success will often cause them to discard friendships and support systems over time. This process essentially strips them bare of what is called in the prevention field “protective factors.” After years of reaching goals and striving for success, a man may find himself suddenly exposed when the stresses of life overwhelm him, and there are no longer professional pursuits to act as distractors. Unlike women who tend to retain stronger relationships throughout their lives, men may find themselves with no close connections with anyone later in life – a time when these connections may matter the most (Joiner, 2011).

Depression can lead to suicide. The means that men use to kill themselves sheds further light on why the number of male suicides outnumber those of women. While women will commonly use methods such as a drug overdose, men will more often choose more lethal means such as firearms. In the U.S. firearms are the number one means for men to kill themselves, and guns are usually a far more lethal choice than pills or, say, carbon monoxide poisoning (CDC, 2008). In Alberta, both sexes use hanging most frequently but firearms are number two for men while pills are second for women (OCME, 2009).

A report on depression and mental illness by the Canadian Mental Health Association rightly stresses that in a society that celebrates masculine qualities there is little patience for any show of weakness (CMHA, 2010). From a very early age, boys are told to hold back their tears, and, when emotion strikes, men are conditioned to “suck it up.” This dangerous expression epitomizes how we tell one another to deal with life’s pressures, and enforces the old adage “take it like a man.” Men are expected to be tough, financially successful, and stoic, and the slightest show of vulnerability is seen as a blemish on their manhood. The tragedy inherent in this socialization is that behind every “whiner,” “wimp,” and “wuss,” lies a conditioned reluctance to face stress and possible depression and suicide.

What can we do?

First, people need to become aware of this crisis. Mental health campaigns in both the U.S. and Canada (as noted above) are helping to draw attention to depression in men, and is helping to make talk of depression and suicide much more commonplace and accepted. This increase in stigma-free discussion of depression and suicide’s cause and effect relationship will lead to more people recognizing the signs of each in a brother, a son, a father, a husband, a boyfriend – or maybe in someone who they work with closely every day. This is a serious issue and it can happen to anyone.

Perhaps programs addressing male depression and suicide specifically need to be created. There is a successful program called Men at Risk in Northern Alberta which targets men in the oil patch, forestry, and agricultural sectors. The creators of the program have done an excellent job working with employers within these industries to try and reduce the large number of men who work these jobs from taking their lives. They use men with a background in depression, suicide attempts, and suicide loss to facilitate workshops involving others who may be at risk of taking the same actions. The program has been around for over a decade and continues to make a difference in the lives of its participants.

Young men in the UK have benefited from a program called It’s A Goal. They use the unique approach of utilizing football (soccer) metaphors to foster discussion about depression, mental illness, and suicide. Suicide is the second most common cause of death in young men in Britain, and instructing youth to deal with stress in a more positive way can both help offset immediate risk and empower them to deal with problems as they get older.

Other segments of the male population, however, are too often overlooked. White-collar workers, the homeless, and the recently retired also comprise this huge and varied demographic which we label “men”. So the idea that we can ever design a program that directly targets each of these groups may be unrealistic. Many do feel, however, that the basic training that ASIST provides is a big enough umbrella to cover all at-risk groups of men.

Years of living a life of self-destruction either in literal isolation or “alone in a crowd” (Joiner, 2011, p.23) can mean that many man are beyond the reach of help they need. Physicians and other frontline health workers can really make a difference in detecting symptoms of depression and a propensity for suicide.

Ogrodniczuk states that men, if they visit their physician or clinician at all, may have trouble articulating their problems” …on the clinician to interpret not only what is being said, but also the body language… (2011, 154).” Psychotherapy and/or anti-depressants can often treat depression successfully but, in other cases, emergency rooms might be the only place where men see doctors at all. This is where it is imperative that front-line doctors and nurses learn to know what to ask of their patients – an attempt that does not result in death often means future attempts that do.

What a different world we would live in if men decided to start looking out for one another – the “Movember” movement being a good example. What if we could unite males in shifting our attitude about what is deemed “masculine” in our culture? What if it became the norm for men to “Ask for support because it is the manly thing to do, (and is) a sign you are taking control of your life?” (Helmer, 2011, p.21). What if men could talk openly about their stress and depression, and not be thought of as weak and unmanly because of it? What if men took it upon themselves to create a real feeling of brotherhood and solidarity for their fellow men, and expressed a real desire to help those who were suffering? What if we committed ourselves to fostering an understanding that it can happen to anyone and, as such, we should look out for one another? What if…

While these questions may sound fanciful and far-fetched – even pie-in-thesky – there will need to be a grand-scale embrace of those qualities that are traditionally thought of as feminine – mainly compassion, empathy, care, and affection. These are human qualities, gender-neutral. Human qualities which help temper those traditional “masculine” traits which contribute to male suicide. 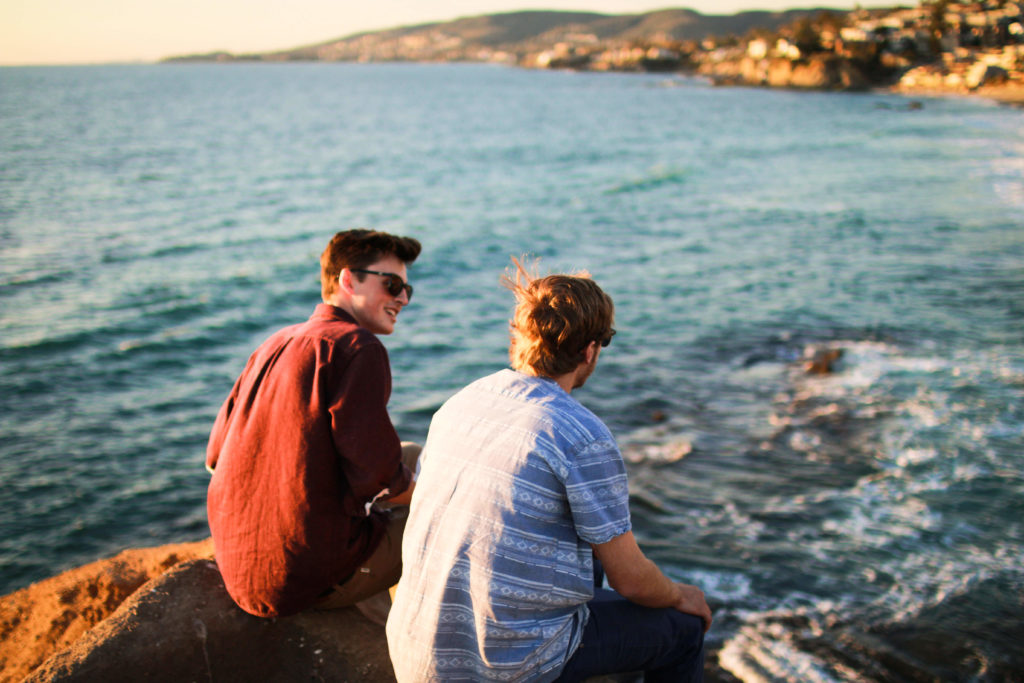 Pringle, Alan and Sayers, Pete. (2004). It’s a goal: basing a community psychiatric nursing service in a local football stadium. The Journal of The Royal Society for the Promotion of Health, 124(5),234-238

1 response to Men and Suicide