Last week was an amazing success for us here at CSP; our goal with World Suicide Prevention Week was to spread as much awareness and education about suicide prevention as possible!

‘I thought I had to die today’: Man who survived Golden Gate Bridge jump shares story in Calgary

“What have I just done?” Regret hammered Kevin Hines instantly. Four seconds later, so would the impact of the water 25 storeys below. On Sept. 24, 2000, the then 19-year-old leapt off the Golden Gate Bridge, prompted by an onset of violent auditory hallucinations tied to his bipolar disorder.

World Suicide Prevention Day: What we still need to do

World Suicide Prevention Day allows people to take a moment and think about those who are suffering from mental health issues but it’s also a day to start a dialogue about what the world can do better. According to the World Health Organization, more than 800,000 people die by suicide each year.

In the four seconds it took Kevin Hines to hit the water, the wave of relief he expected to feel was instantly replaced with one overriding emotion – regret. It was 2000, and a 19-year-old Hines decided to end his life than same way countless others had before him – he stepped off the deck of San Francisco’s famed Golden Gate Bridge.

Suicide survivor shares his experience to help others

Kevin Hines was in Calgary on Monday to talk about his suicide attempt, how he survived depression and how others can keep from making the same mistake. He made a film about that day in September 2000 when he decided to end his life by jumping from the Golden Gate Bridge in San Francisco, something he regretted the moment it happened.

Monday, September 12 we were happy to present suicide survivor Kevin Hines, who jumped off the Golden Gate Bridge and lived. Kevin spoke about his suicidality and recovery to more than 300 attendees at this free event, made possible by Gilker McRae, Fratello Coffee, and Jelly Modern Doughnuts. We partnered with CMHA Calgary, Distress Centre Calgary, and the University of Calgary Wellness Centre.

Thanks to sponsors Zone 3 Business Solutions, Arete HR, the Kahanoff Conference Centre, Westland Insurance Inc. and LivingWorks Education, we were able to host 5 free workshops, including:

On Thursday, Sept. 15 John Fluevog Shoes in Calgary donated 50% of shoe sales to CSP between the hours of 6 – 9 pm.  Thank you to Lisa Anderson joined us with some live music, and Co-op Wine Spirits and Beer along with Distinctive Catering provided wine and appetizers. And a BIG thank you to John Fluevog Shoes for your donation.

Our Fluevog Fundraiser also ran in conjunction with our Good Pin Campaign, which was run on the platform Good Pin, where you can donate to win prizes!

Our publication release this year was an editorial focused on recovery that asked, What does successful recovery look like? 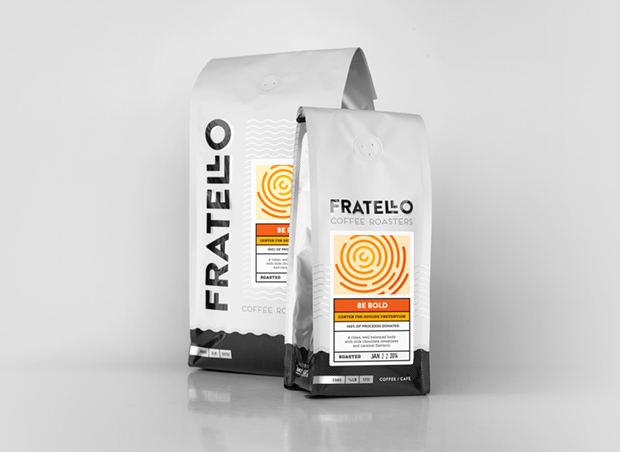 We are honoured to have Fratello Coffee brewing our “Be Bold” coffee blend, the sales of which launched on Sept. 10, World Suicide Prevention Day. 100% of proceeds will come to the Centre for Suicide Prevention.

Build Up for Suicide Prevention

Build Up: work on a project, the second quarterly mini campaign of the expanded, year-round Buddy Up Campaign, runs from December 5 to 11, 2022. Learn more about how to participate and become a Champion for Buddy Up. Download the ...