The suicide of Amanda Todd in 2012 was inescapable news. Whether you watched the video of her struggles on YouTube , or followed the overwhelming onslaught of mainstream news reports after her death, her tragic story was difficult to miss.

Almost immediately after her suicide our organization was contacted by many mainstream radio, television, and newspaper media outlets. Many wanted to know whether coverage of her death might incite suicidal contagion (also known as “copycat” suicides). It was a complex question to answer because so many attention-worthy issues surrounded this story: bullying, cyberbullying, responsible use of social media and, of course, suicide itself. With this many complex issues at play–all deserving of attention and conversation–we could not simply give reporters the convenient sixty-second sound-bite that many were after. Yet there was also a real potential for contagion. It got me thinking anew about the role contagion and clusters play in suicide.

What is suicidal contagion and what are suicide clusters? It has long been believed that when suicidal contagion occurs, a suicide cluster can develop. A cluster, in this case, is defined as multiple suicidal behaviours or suicides that fall within an accelerated time frame, and sometimes within a defined geographical area. Studies have shown that adolescents are the ones most affected (Zenere, 2009).

There are two main types of clusters. A mass cluster involves suicides that cluster in time – irrespective of geography – and are often associated with the influence that media reports may have, such as suicides by celebrities. Point clusters involve suicides that are close in time and/or space. They often occur within institutional settings such as hospitals, prisons, or schools, or within distinct communities.

A mass cluster involves suicides that cluster in time-irrespective of geography-and are often associated with the influence that media reports may have, such as suicides by celebrities. 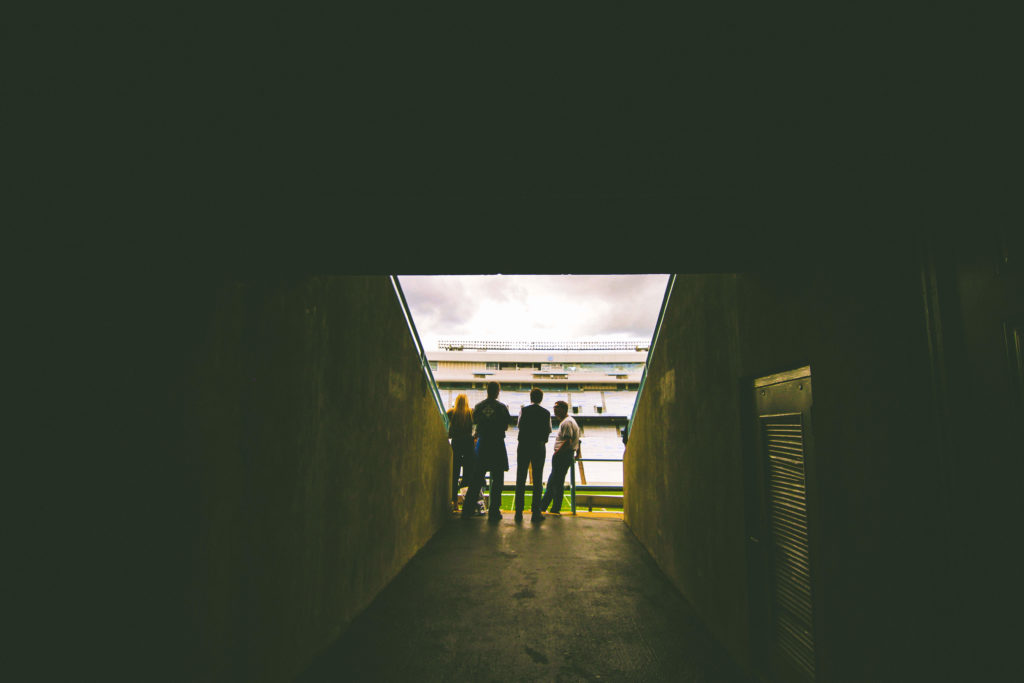 Marilyn Monroe’s controversial death is often cited as a quintessential case of this “copycat effect.” There was a rise in suicides by as much as 12% during the month after her death. Subsequent studies saw similar parallels between confirmed suicides of celebrities and ensuing news coverage of them (as well as coverage of non-celebrities who died by suicide).

There was a rise in suicides by as much as 12% after the death of Marilyn Monroe.

In the 1970’s, David Phillips coined the term “The Werther Effect,” which was named after an 18th century novel by Goethe called The Sorrows of Young Werther. The hero of the novel tragically dies by suicide after a failed love affair. A great fear of real-life contagion ensued – a fear that young people would read the book and want to kill themselves. Because of this, it was banned in much of Europe (Scherr, 2011). Phillip’s theory had tremendous influence on some researchers who believed that there was a direct relationship between media coverage of suicide and contagion. They further believed that the young and vulnerable should be protected from exposure to all stories of suicide, whether they were accounts of real suicides, celebrity or otherwise, or seemingly less harmful fictional accounts of suicide.

Not everyone, however, agreed with this research. Many scholars–Littman for example–suggest that individuals who may be influenced by these stories are already in a vulnerable state. Thus, their suicides might have been the result of some other precipitating factor, and not necessarily media exposure of suicide (Westerlund, 2009). Others, like Thomas Joiner, believe that the evidence of the existence of mass clusters is far from conclusive (1999).

Nevertheless, there was sufficient belief in the potential harm of suicide coverage to call for media guidelines. Various agencies, including the Center for Disease Control, the World Health Organization, and the Canadian Psychiatric Association (CPA) devised policies.

The case of Amanda Todd brought the issue of contagion very much to the forefront again. Although she was not a celebrity before she posted her video or took her life, many feared that the overwhelming attention that the media saturation of the story generated might influence others to also take their lives. Patti Bacchus of the Vancouver School board, for example, called for more strict adherence to the CPA media guidelines. She felt that the media had really “crossed the line” in their eagerness to cover the story, and had irresponsibly ignored crucial guidelines.

Others, such as André Picard of the Globe and Mail and Dr. Goldbloom of the Mental Health Commission, think that many of these guidelines do not reflect the realities of the 21st century information and communication. They feel that many of the points need to be reconsidered.

Picard further states that these guidelines have become irrelevant in our current age of instant information sharing. He does not believe that media coverage, no matter how extensive, has any significant impact on suicide contagion.

It is safe to assume that the vast majority of young people–those most vulnerable to this phenomenon–got the news of Todd’s suicide through YouTube, Twitter, or Facebook. It would be interesting to see the exact numbers, but it would be safe to assume as well that very few got the news via traditional media coverage such as newspapers, radio, or TV news broadcasts. This paradigm shift alone may make the notion of whether media plays a role in contagion a moot point. Social media will spread the news relentlessly and even more disconcerting than the sheer speed with which it is shared, is the fact this news may be mostly unmediated and unfiltered.

Are there ways that this news can be disseminated on social media more responsibly? The answers may have to come from the users themselves. 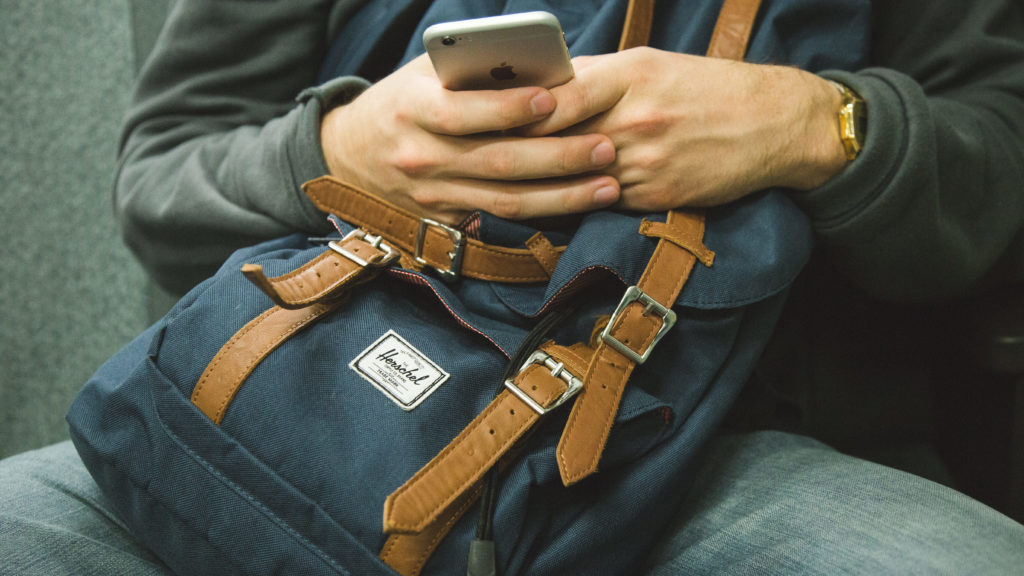 Where mass clusters are a topic of debate, there is no mistaking the phenomenon of point clusters. Joiner, cited above, believes mass clusters to be equivocal but does not doubt the existence of point clusters. These clusters do exist in mainstream society. A recent number of suicides in the small city of Red Deer, Alberta, is showing potential characteristics of a point cluster. Six high school males had all killed themselves in the previous year. Whether these individuals knew each other and were influenced by one another’s actions is still unclear. A Facebook page was set up by three Red Deer girls to support those affected by the suicides; perhaps this is how the peers of the deceased are hoping to respond to the suicides respectfully without inciting more cases. Interestingly, the media only began to report this after these grassroots (albeit through social media) actions were taken.

Point clusters involve suicides that are close in time and/or space. They often occur within institutional settings such as hospitals, prisons, or schools, or within distinct communities.

Point clusters are a major problem in some Indigenous communities. Many native reserves consist of individuals who are closely related and share the same social predicaments, thus, the impact of a single suicide is often felt by the entire community. Because of the closeness of the residents, there is a greater risk of a cascading effect leading to a cluster of suicides (Kirmayer, 2007).

Point clusters are a major problem in some Indigenous communities.

These can also manifest as echo clusters which refer to clusters that occur over an extended time period after the original cluster (Masecar, 2009). A single death by suicide can resonate for months to come, with individuals taking their own lives in imitation of a prior suicide.

Echo clusters refer to clusters that occur over an extended time period after the original cluster. broadcasts. This paradigm shift alone may make the notion of whether media plays a role in contagion a moot point. Social media will spread the news relentlessly and even more disconcerting than the sheer speed with which it is shared, is the fact that this news may be mostly unmediated and unfiltered.

In British Columbia, Chief Harvey Alphonse of the Cowichan Nation says, “It’s devastating whenever an individual is successful. It impacts not only the immediate family, but the entire community. That’s where the ripple effect seems to take place.” He attributes a widespread feeling of hopelessness in these communities as a major cause of clusters.

It’s devastating whenever an individual is successful. It impacts not only the immediate family, but the entire community. That’s where the ripple effect seems to take place – Chief Harvey Alphonse

It is important to note, however, that not all Indigenous communities have experienced suicide clusters or have regular incidents of suicide. In communities where there is a strong sense of local culture, community ownership, and other protective factors, it is believed that there are much lower rates of suicide and sometimes none at all (Kirmayer, 2007).

Unfortunately, on some reserves where these protective factors have not been strongly developed, the situation can sometimes be severe. The suicide rate for Indigenous youth can be five to seven times higher than for non-Indigenous Canadians. Many Indigenous people still experience remnants of historical social and economic upheaval caused by colonization, residential schools, and the “sixties scoop” (and into the seventies, where children were taken off the reserves and fostered to mostly Caucasian families).

These wounds continue to fester in many areas today, often called “acculturative stress,” and inhibit the growth of a healthy environment. The young will be increasingly vulnerable as Indigenous people are the fastest growing ethnic group in Canada. 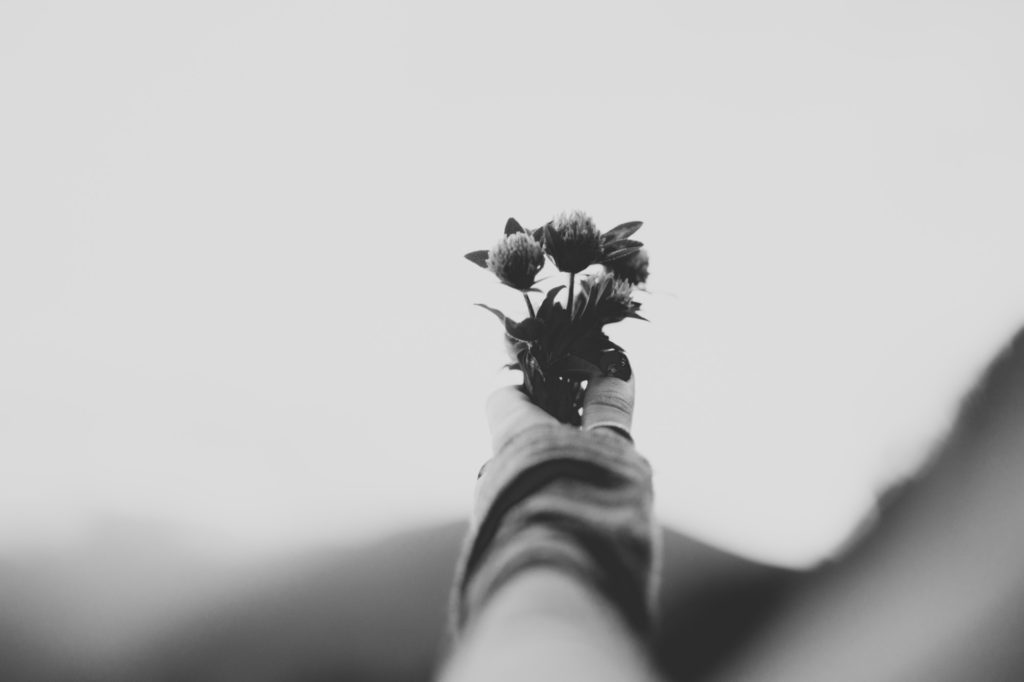 In some Inuit communities, the number of suicides are 102 per 100,000 people. This is up to ten times higher than in the general Canadian population. Many young Inuit see suicide as a normal and viable option to cope with an untenable living situation (Masecar, 2009).

Indeed, suicide can become a “normalized” response to a seemingly hopeless existence, and these dire circumstances can further be exacerbated if the community formally chooses not to address the situation. In some areas the stigma of suicide is so strong that there is no word for it in the native language, and there is a pronounced reluctance to mention the word “suicide.” This state of denial makes the implementation of suicide prevention measures extremely difficult. Silence and a lack of suicide prevention initiatives in the lives of children and youth can be the strongest reinforcement of the message that what they are doing is not only normal, but also, on some level, expected (Kirmayer, 2007).

Although we hear of these epidemic situations periodically in the mainstream press, the vast majority of suicides and suicide clusters that occur in Indigenous communities go under reported.  Anecdotal evidence that we at the Centre for Suicide Prevention hear from people with connections to Indigenous reserves is that suicidal clusters occur quite often, and are rarely officially acknowledged.

So, ironically, as the worry of media coverage of suicides and its relationship to contagion continues, the occurrence of suicide point clusters remains virtually unnoticed and unreported in some areas. As one of my colleagues has stated, “They are all but invisible in the mainstream media”.

New and unique challenges continue to rise around the new media’s relationship to contagion. Perhaps the best solution for how to contain the issue of copy-cat suicides will come from the (mostly) young people who make exhaustive use of these media. It would be reasonable, as well, to expect that the hosts of the sites will implement responsible policies regarding suicide, and not tolerate abusive behaviours.

Similarly, the issue of contagion within the Indigenous community must first and foremost come from within the community. The Indigenous people themselves must develop responses that are appropriate to their distinct culture and actively seek every level of support possible to help to reduce suicide and minimize its impact.

Scherr, S. and Reinemann, C. (2011). Belief in a Werther Effect: Third-person effects in the perceptions of suicide risk for others and the moderating role of depression. Suicide and Life-Threatening Behavior, 41(6), 624-634.