The abuse of alcohol or drugs is second to depression as the most frequent risk factor for suicidal behaviour. The risks increase if Substance Use Disorder (SUD) co-occurs with depression (major depressive disorder) or other mental health disorders such as Post Traumatic Stress Disorder (PTSD), Anxiety Disorder, Bipolar Disorder, Schizophrenia and some personality disorders. Those who experience depression or these other disorders often turn to drugs or alcohol as coping measures. Sometimes this use can evolve into SUD.

The abuse of alcohol or drugs is second to depression as the most frequent risk factor for suicidal behaviour.

Alcohol and some drugs can lead to suicidality through loss of inhibition, impulsivity and impaired judgement. SUD can also lead to changes in the brain that result in depression over time, and can be disruptive to relationships—causing alienation and a loss of social connection. Further, they can be a means to ease the distress associated with carrying out the act of suicide (NCIJ,2014; Pompilii, 2008).

DSM-5 Criteria for Substance Use Disorder

The American Psychiatric Association published the Diagnostic and Statistical Manual of Mental Disorders (DSM)-5 in 2013. It has updated its criteria to define Substance Use Disorder (SUD).

The presence of at least 2 of the above symptoms (1-11) indicates Alcohol Use Disorder.

Severity of AUD is defined as: Mild- 2 to 3 symptoms; Moderate- 4 to 5 symptoms; Severe- 6 or more symptoms.

…trauma survivors often have a Substance Use Disorder.  For example, among women with PTSD, 28% meet the criteria for an alcohol use disorder, and 27% for a substance use disorder.  This is significant in that it is nearly 3 times the rate for women without PTSD. “The greater the trauma, the greater the risk (is) for alcohol abuse, illicit drug use, depression, suicide attempts, and other negative outcomes” (Rosenberg, 2011, p.428).  40–59% of women in substance abuse rehabilitation have PTSD (Gatz, 2007), 50% of women have a history of rape or incest, and up to 2/3 of men and women report childhood abuse and neglect (Desanto, 2012).

The 12 Step model focuses on the abuse of the substance itself, not the underlying factors which may cause someone to drink or take drugs. In treatment centers that use this approach, The 12 Steps are the primary treatment in individual counseling as well as group therapy. This approach invites its participants to accept the idea that substance addiction is a disease that is progressive and incurable.  The disease can only be controlled through ego-deflation, admittance of personal powerlessness, and the surrender of the individual will to a “higher power.”  According to this model, it is only by believing wholeheartedly and unquestioningly in these ideas that one has hope for recovery.

But for many–particularly trauma survivors and other vulnerable individuals–this 12 Step model can be a very ineffectual treatment.  It is very common for someone who has been abused or victimized to develop an inherent belief in their own powerlessness.  Thus, participating in a program that demands admitting and believing in their own powerlessness as its chief hallmark might ultimately be counterproductive to helping one regain power over their life. Further, to “trust” in a “higher power” for direction when all someone has known his or her entire life is betrayal, neglect, and abuse, might not be an objective easily achieved (White, 1998; Kasl, 1992; Apple, 2006). 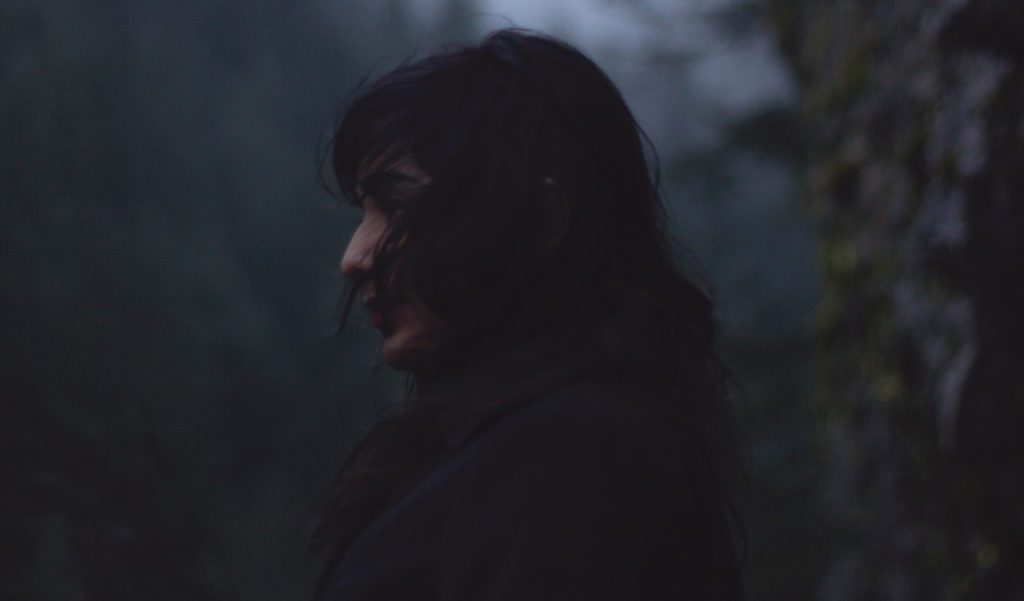 A trauma survivor often turns to alcohol or drugs as a coping mechanism, and, in so doing, attempt to mask real pain that is not of their own making.  With this in mind, there should be a thorough examination and treatment of the root causes–in this case, trauma– that drive an individual to become dependent on alcohol or drugs. This should be a main goal of a rehabilitation treatment program.

Non-12 Step rehabilitation centres, which are becoming increasingly common, try to adopt this approach. These alternative rehabilitation centres often employ an approach based on the “Bio/Psycho/Social” model of treatment, which purports a holistic and individualistic approach to recovery. They treat the “whole person”, not just the symptoms. The creators of this model suggest that there are myriad reasons why someone becomes an addict or alcoholic.  Thus, in practice, various methods are employed to address the individual’s plight, while firmly stressing that each person’s situation is unique.  A facility that subscribes to this non-traditional philosophy and treatment model offers an option that has not often been seen before in the substance abuse rehabilitation industry. This option is, of course, choice. These alternative treatment programs emphasize the new idea that one size does not, in fact, fit all, and that each person should have their own “tailor-made” solution… It is a humanistic, client-centered philosophy that represents a major paradigm shift in the treatment of trauma.

A trauma survivor often turns to alcohol or drugs as a coping mechanism… [an] attempt to mask real pain that is not of their own making.

Co-morbid disorders such as depression are frequently exhibited in adolescents who misuse alcohol or other substances. Any adolescent who appears to be at risk for alcoholism/addiction or depression should always be screened for all other psychiatric disorders and for suicidality (Makija, 2007).

Poor impulse control is a key risk factor that often underlies suicidal and substance use behaviours. Adolescent substance use may increase the risk for suicidal behaviour due to both acute and long-term effects. Stressful life events, both traumatic and interpersonal, have been shown to contribute to suicide risk in adolescents (Dawes, 2008).

Middle-age and older men with alcohol dependence and mood disorders are at particularly high risk for suicide (Sher, 2006). 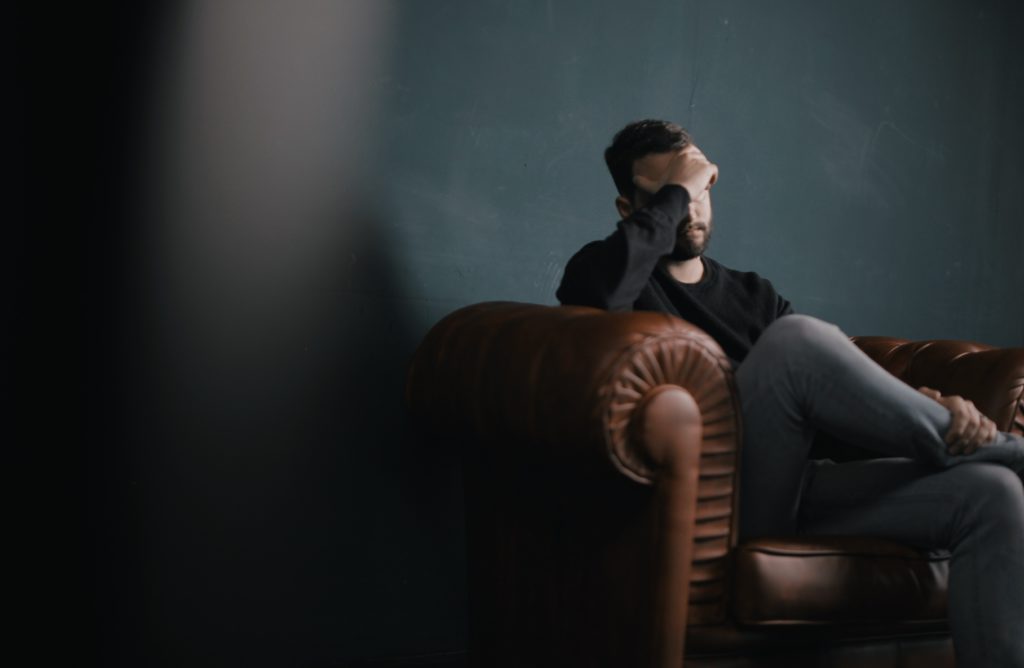 Instead of talking about stress or trying to seek help for their depression men will often mask their stress and deal with their depression through harmful behaviours and actions. Most men do not like to admit that they feel vulnerable or uncertain, and so are less likely to talk about their feelings with their friends, loved ones, or doctors.

Depression in men, at least in the early stages, often manifests as irritability, anger, hostility, aggression, abusive behaviour, risk taking, substance abuse, and escaping behaviours. Data also reveal that men are far more likely to present to the emergency department than to general practice, and this relates to men’s denial of illness, longer self-surveillance, and reliance on self-management strategies (Ogrodniczuk, 2011).

Those over 65 years of age abuse alcohol more than any other drug (Osgood, 1992).

25–50% of seniors have a substance abuse problem and a mental illness. (Mood Disorders Canada, 2009).

Reactive problem drinkers become dependent on alcohol in later life as an attempt to “self-medicate”(Osgood, 1992) and  drink in response to recent losses because of stressors such as the death of spouses, family or friends; retirement; changes in the family structure; and failing physical or mental health.

A.A. Agnostica
A.A. for atheists and agnostics. A website meant to be a helping hand for the alcoholic who reaches out to Alcoholics Anonymous and finds that she or he is put off by the religious content of many AA meetings.

Women in Sobriety
A non-profit dedicated to helping women overcome alcoholism and other addictions through self-help programs which help achieve sobriety and sustain ongoing recovery.

HAMS Network
HAMS is a peer-led, free-of-charge support and informational group for anyone who wants to change their drinking habits for the better. The acronym HAMS stands for Harm reduction, Abstinence, and Moderation Support.

LifeRing
“LifeRing is an abstinence-based, worldwide network of individuals seeking to live in recovery from addiction to alcohol or to other non-medically indicated drugs.” Offers peer-to-peer support in ways that encourage personal growth and continued learning through personal empowerment.

Rational Recovery
“A worldwide source of counseling, guidance, and direct instruction on self-recovery from addiction to alcohol and other drugs through planned and permanent abstinence.”

Apple. (2006). What AA does for survivors of abuse or trauma. Retrieved from http://www.morerevealed.com/aadep/reclaim/whataadoes.html

Makija, N. and Sher, L. (2007). Preventing suicide in adolescents with alcohol use disorders. International Journal of Adolescent Medicine and Health, 19(1), 53-59.