Like so many issues in suicide and suicide prevention, military suicide is multi-dimensional and complex – it cannot be easily explained. Historically, the rate of suicide in the military has been lower than that of the general population. There have been exceptions: the epidemic of suicides that occurred during and after the American Civil War is one instance. Yet, similar epidemics are rare in military environments whether in war or in peace.

Like so many issues in suicide and suicide prevention, military suicide is multi-dimensional and complex – it cannot be easily explained.

Many believe that the American involvement in Iraq and Afghanistan is the direct cause of the heightened suicide rates in the US Army and Marine Corps in recent years (Bush, 2013). The Canadian Forces’ (CF) suicide rate, though, has remained relatively stable over that same period despite the demands of the Canadian mission in Afghanistan. One report shows that even among the suicides that have occurred, there is no direct relationship between deployment in Afghanistan and suicidality (Bogaert et al., 2013).

However, there were multiple suicides in the Canadian military (those on active duty as well as veterans) in the latter part of 2013 and early 2014. Because this is very recent activity, it remains to be seen if this is an anomaly or an indication of an upward trend in CF military suicide.

CF has an official policy of “universality of service” which dictates that everyone in uniform must be fit and able to be deployed. About 1700 of 4500 soldiers who leave the military every year are deemed “forced release”. This means that they have been forced from the ranks because they no longer qualify as “fit and able” (Campion-Smith, 2014)

It is important to note that these suicide statistics do not include women, reservists, or veterans. With all subgroups included, the actual numbers are most certainly higher than what the statistics reflect. For example, American veterans are more than twice as likely to die by suicide compared with the general population (Belik, 2009).

Excerpt from Suicide and the Military: A review and summary of Antoon Leenaars’ Suicide Among the Armed Forces: Understanding the Cost of Service

Leenaars envisions the military system as a collective culture; one he characterizes as a “green culture” as opposed to the “blue culture” of the police (10).  It is a community that holds such attributes as “Secrecy, stoicism, and denial” (15) as vital to its integrity, which is unsurprising as these are the same traits that some might argue ensure success on the battlefield. The individual is subordinate to the collective, and any behavior which may deviate from that of the model warrior is not tolerated. So what happens, then, if a soldier is traumatized in battle and develops Post Traumatic Stress Disorder (PTSD)? Or what if trauma occurs in another context – such as a military base – and it involves rape or sexual assault? Where is s/he to turn? Confiding in a doctor or therapist can be a career-ending move as there is no expectation of confidentiality. Often military health practitioners receive instructions from the very top to label such soldiers with a personality disorder. Even worse is that this type of disclosure almost always ensured a quick discharge from the military (241).  Leenaars correctly asks, “Can the military stoop any lower?” (206).

The stigma that mainstream society has toward mental illness and suicide is brutally magnified in the military setting. This green culture does not encourage help-seeking. The military demands that soldiers adhere to the warrior mentality, and many soldiers would rather die than experience the shame and disgrace that admitting to PTSD or other disorders would bring. It is here that Leenaars repeatedly calls for a more understanding approach by the military. War is indeed trauma, but enduring the intense type of trauma that war brings is atypical of the human experience. Thus, the PTSD reaction is not reflective of a personality disorder, but is, rather, one possible and very common consequence of serving in the military.

The stigma that mainstream society has toward mental illness and suicide is brutally magnified in the military setting.

Leenaars writes passionately about this subject, and emphatically states that things must change! Although his use of language is sometimes informal, his style is refreshingly accessible and he remains at all times authoritative and scholarly. As this is not a typical academic work on suicide it will appeal to and be accessible to anyone with a stake or interest in military suicide.

Early in the book Leenaars presents the “ecological model” of suicide, within which there is no single cause for someone to take his own life, soldier or otherwise. There is no one reason but, rather, a complex interplay of individual, relationship, societal, cultural, and environmental factors; all are contributors (15). Thus, although PTSD may have played a pivotal role in someone’s suicide, there are a host of other factors that could have contributed as well. Traumatic Brain Injury (TBI), for example, is considered a physical trauma but can be a huge risk factor for future suicide as it has also been known to precipitate the psychological symptoms of PTSD (231-233). Another example could be someone with Substance Use Disorder (SUD) abusing drugs or alcohol as a coping strategy to manage depression brought on by spousal loss. These co-occurring disorders put him/her at a greater risk for suicide. 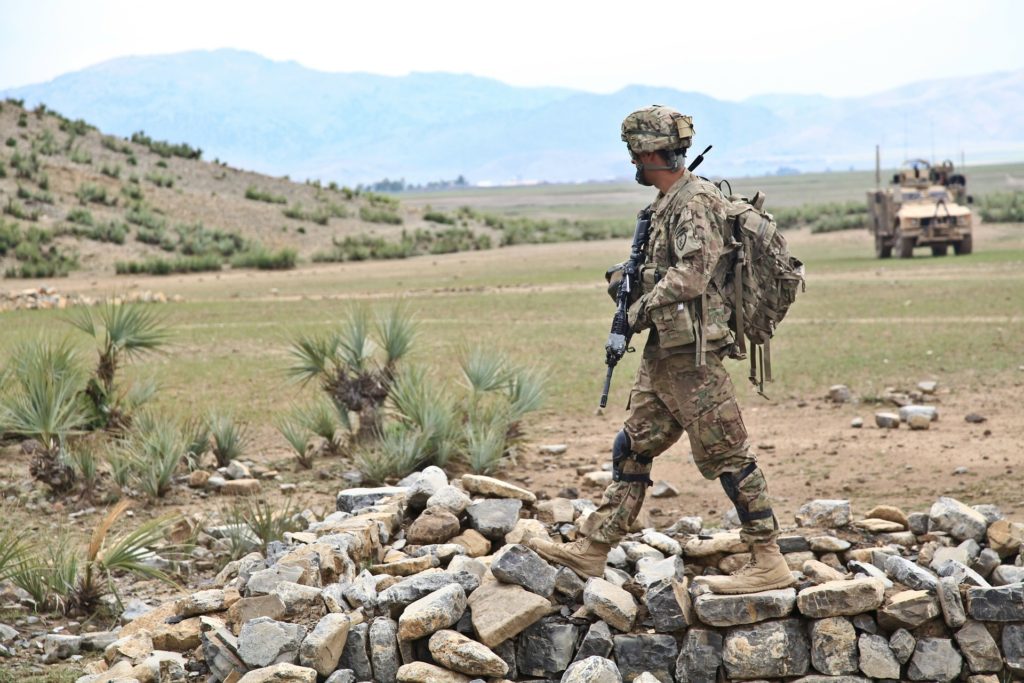 Co-occurring disorders in the military

Some aspects of military service increase the risk of PTSD, depression, and Substance or Alcohol Use Disorder. These are known to be risk factors for suicidality and this risk greatly increases if any of these disorders are co-occurring (Zamorski, 2011).

PTSD has many psychological symptoms, including:

Soldiers and veterans are particularly vulnerable to experiencing PTSD. Combat veterans with PTSD have significantly higher rates of death by suicide than those without PTSD (Bryan, 2013).

PTSD is not reflective of a personality disorder, but is, rather, one possible and very common consequence of serving in the military (Leenaars, 2013). 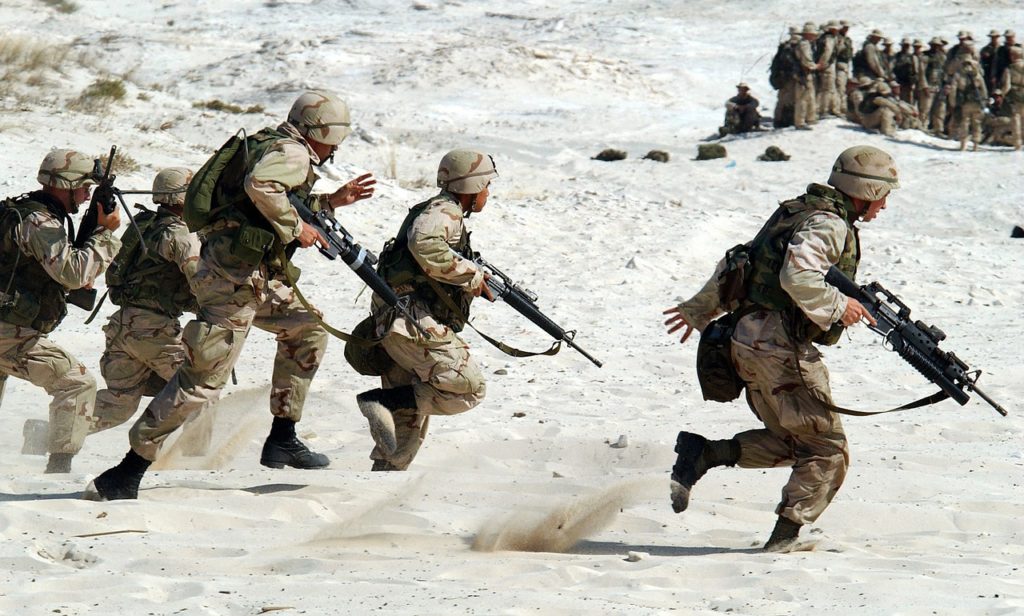 Substance and Alcohol Use Disorder

TBI is considered a physical trauma but can be a huge risk factor for future suicide as it has also been known to precipitate the psychological symptoms of PTSD (Leenaars, 2013).

There are two types of TBI:

Soldiers who have experienced a TBI are at greater risk for PTSD, Alcohol and Substance Use Disorder and depression (Sirratt, 2012). The risk of suicide attempts increases after a TBI if the individual also has post-injury psychiatric/emotional disturbance and substance abuse problems (MIRECC, n.d.). 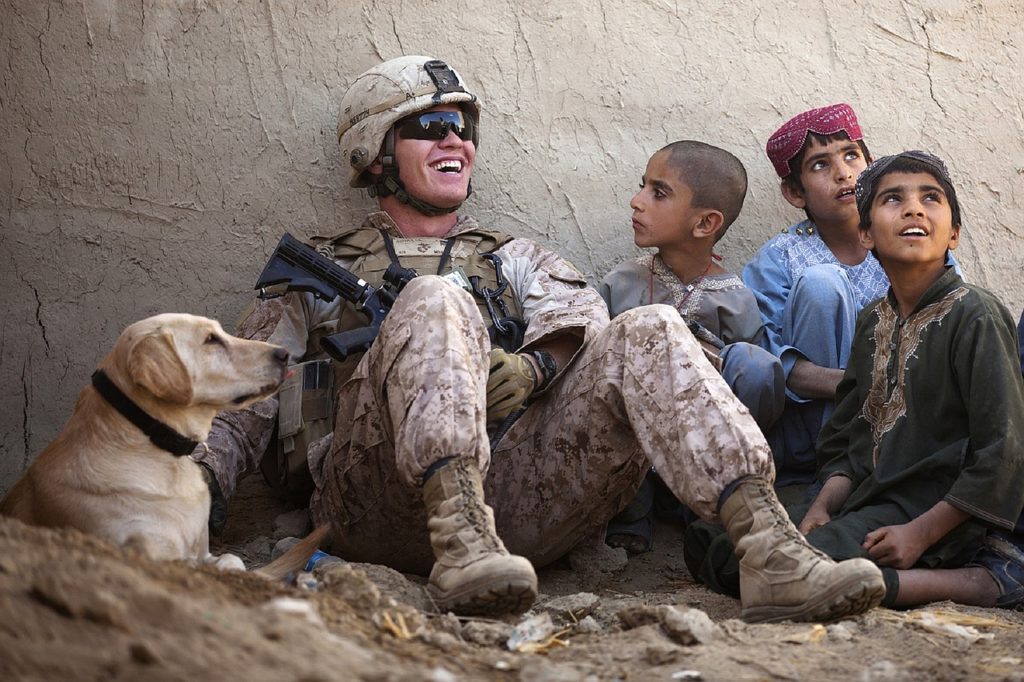 Leenaars, A. (2013). Suicide among the armed forces: Understanding the cost of service. Amityville, NY: Baywood Publishing.