This toolkit is also available in Portuguese with Brazilian statistics.

Statistics show that there are very few suicides of children. While this is positive, child suicide deaths are often officially reported as accidents or unintentional deaths so they are likely under-reported (Gray et al., 2014).

Although child suicide deaths are statistically rare, some children do attempt suicide (Whalen et al., 2017). If children with thoughts of suicide are not treated when they are young, their risk of suicide increases as they get older. It is important to identify children thinking about suicide as early as possible so they can receive treatment for mental health concerns (Wyman et al., 2009; Herba et al., 2007).

This resource is a brief introduction to the topic of children and suicide. You will learn about statistics, warning signs for suicide, why children may think about suicide, and how these suicides can be prevented. You will also learn how to have a conversation with a child you’re worried about. If you know someone who is actively thinking about suicide and immediately at risk, or if you’re thinking about suicide, call your local crisis line. In Canada, call 1-833-456-4566. 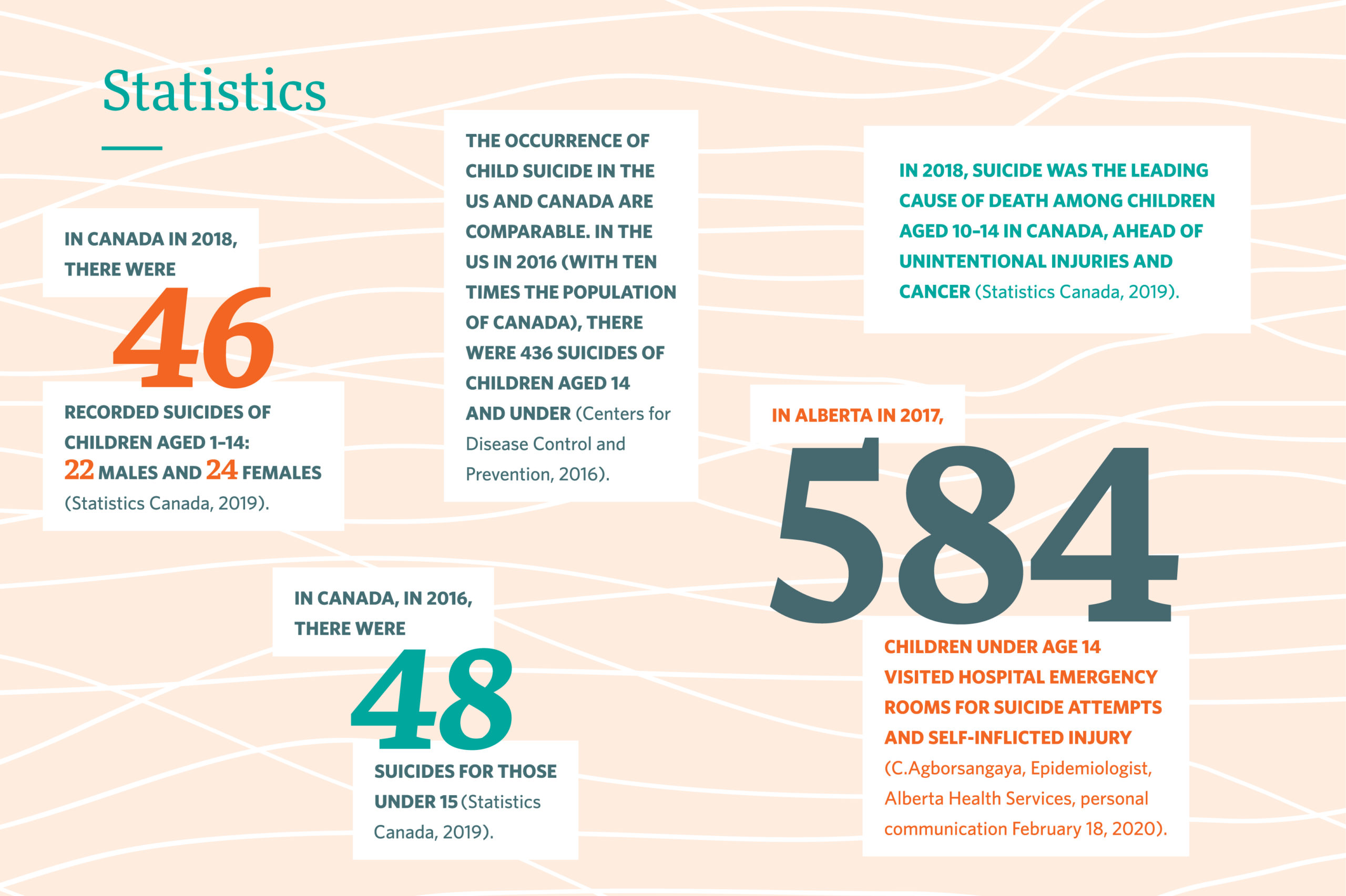 Are children really at risk of suicide?

Many people believe that children do not have the developmental maturity to act on suicidal thoughts as they have an incomplete concept of death. However, research shows that by around age 9, many children do have a thorough understanding of both death and suicide (Tishler, 2007; Whalen et al., 2017; Shirley, 2020).

People thinking about suicide typically exhibit warning signs – any significant change in behaviour may be a warning sign. Warning signs in children can look like:

How to talk to a child about suicide

When talking to a child about suicide:

If a child you know is showing warning signs, or you’re just generally worried about them, have a conversation with them:

Some warning signs require more immediate action than others. If you notice a child exhibiting the following warning signs, call the local crisis line, and, if appropriate, alert the child’s caregiver. If you think the risk of suicide is imminent ensure the child is not left alone – stay with them until they are with a mental health care provider, caregiver, or other contact:

Certain factors can place people at a higher risk for suicide than others. These are some risk factors that affect children particularly:

Certain factors or circumstances can guard a person against thinking about suicide and increase their resiliency. These are some protective factors that can build resiliency in children: 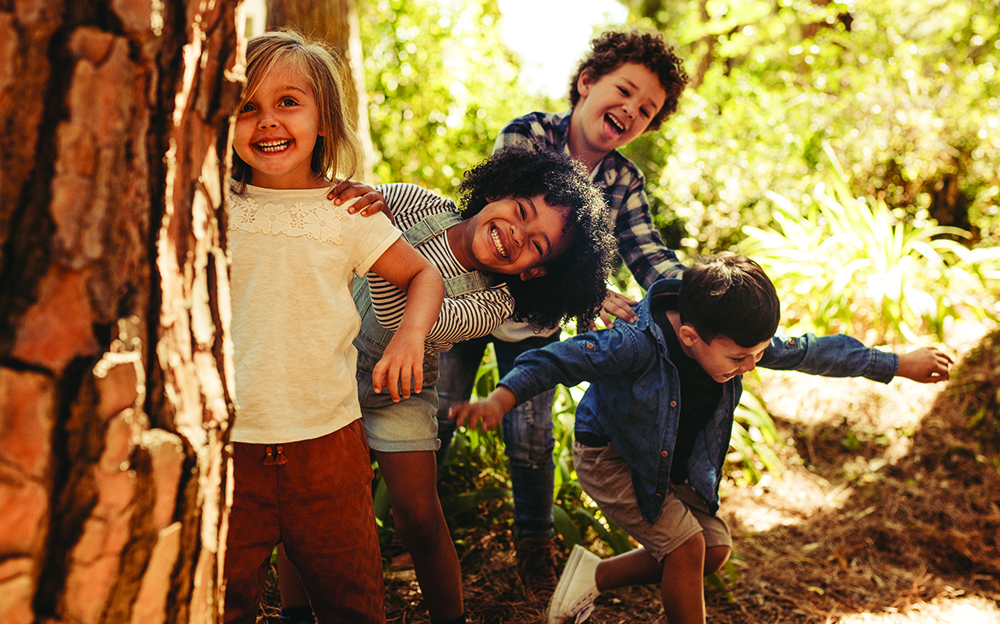 How can suicide in children be prevented?

Positive relationships in a child’s life play a significant role in promoting their mental health and building resilience: they foster self-esteem, competence, and an ability to respond to life’s challenges. Anyone who is in a child’s life can work to build resilience in that child.

Parents and other family members, as well as teachers, coaches, and anyone else who is influential in a child’s life, can take action to build resilience in that child by:

Teachers, school counsellors, coaches, and school administrators can all play a role in fostering resilience in children by:

Suicide prevention programming in schools is effective when it includes:

Reaching Young People – an UK site for ages 6-8 that offers support for children and teaches coping skills for healthy living.

To gain a deeper understanding of the complexities of children and suicide, we’ve compiled a recommended reading list on the topic, which is available on our website.

Centers for Disease Control and Prevention. (2016). Leading causes of death. Retrieved from https://www.cdc.gov/nchs/fastats/leading-causes-of-death.htm