Click here to view all our fact sheets on suicide.
These fact sheets are a collaboration between the Centre for Suicide Prevention and the Mental Health Commission of Canada.

Young people face significant internal and external stressors, including social, physiological, and neurological change. Being an adolescent can involve many challenges. When facing them, some may feel trapped and need support to help them see hope for the future.

Thoughts of suicide or suicide attempts are key warning signs. If young people show these signs, it is crucial to offer support and connect them to help as soon as possible (Bennett et al., 2015). 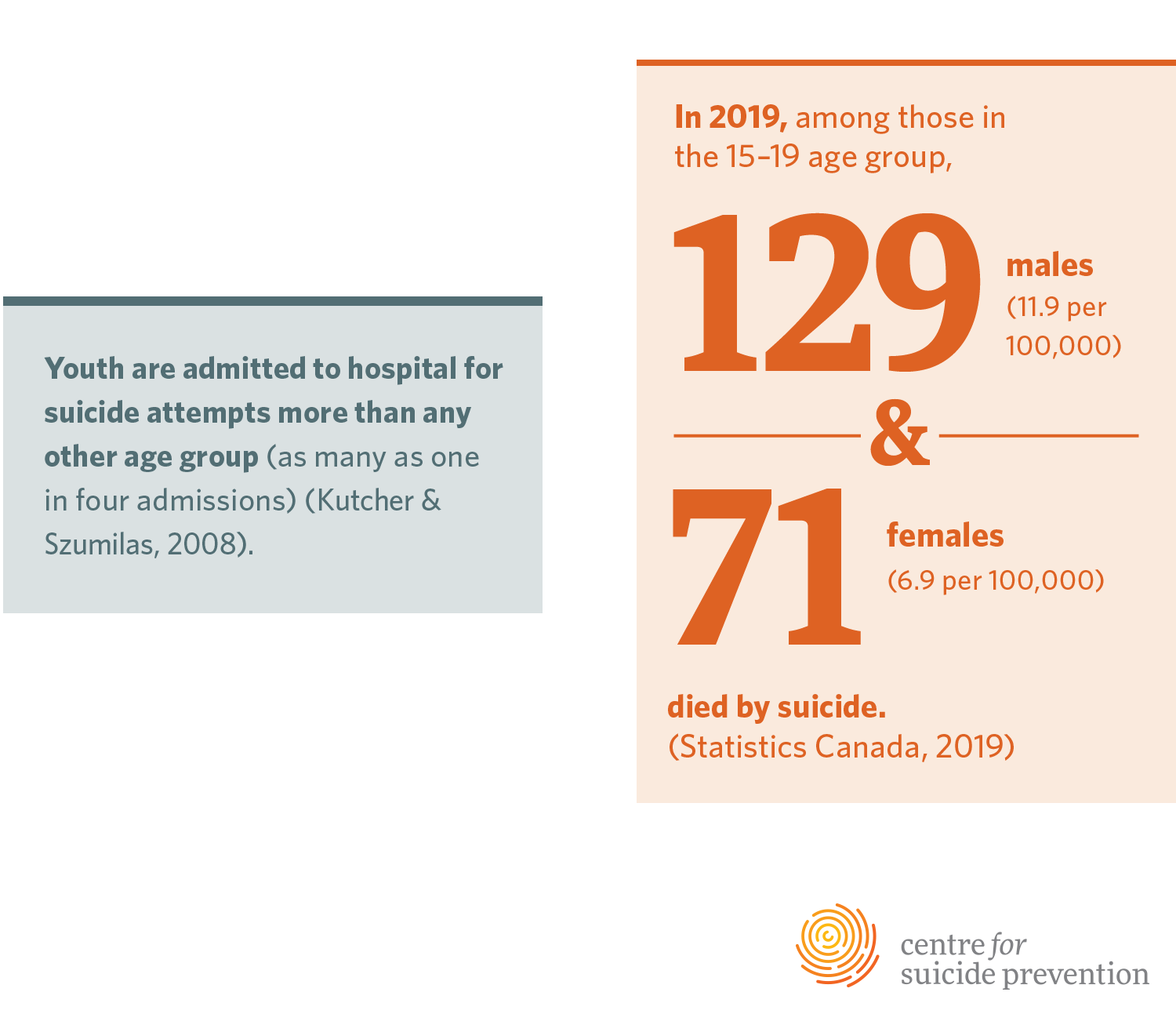 Why are youth at risk?

Certain factors can place some people at a higher risk for suicide than others, and when multiple risk factors outweigh the factors that build resiliency, there is an increased likelihood that a person may think about suicide (Sharam et al., 2021).

A few factors put youth at risk of suicide:

What can reduce risk?

Other factors that may reduce risk:

Any significant change in behaviour or mood is a warning sign that someone may be thinking about suicide. In the following examples among young people, some characteristic behaviours may be symptoms of an emerging mental health concern, including thoughts of suicide:

What can we all do to help reduce suicide among youth?

If a young person you know is exhibiting warning signs, talk with them. You can start the conversation by mentioning your concerns and using direct and open-ended questions: “I noticed you’re getting more frustrated about your school work lately. How are you doing?” Take time to listen, and let them express themselves without lecturing them. Be patient if what they’re saying is not immediately apparent or reasonable to you. Remember their perspective and validate their feelings. Be aware that the young person may also express themselves using body language.

If you’re still worried about them, ask “Are you thinking about suicide?” If they say “yes,” don’t react with shock or anger or try to solve their problems. Ask if they have a plan for how they would die by suicide. If they say yes, ask if they are able to follow through with their plan. If they say “yes,” get help immediately and do not leave them alone. Take them to the emergency department or call a crisis line for advice. Otherwise, enlist the help of others, such as a family member, friend, or crisis centre. You can also help them create a safety plan.

At home and at school

Ways to help prevent suicide in a young person you know:

In a healthcare setting

Up to two-thirds of all youth who die by suicide never receive mental health services. Strategies that have proven to be effective for reducing suicide rates, such as early intervention with mental health disorders, are not often available (Kutcher & Szumilas, 2008). Since healthcare workers see young people most often, these settings need to have better and more accurate screening to identify youth who are thinking about suicide (Wagner, 2009). These workers should also be educated in suicide prevention. Our goal must be to get the youth most at risk the help they need.

What can youth do to stay mentally healthy? 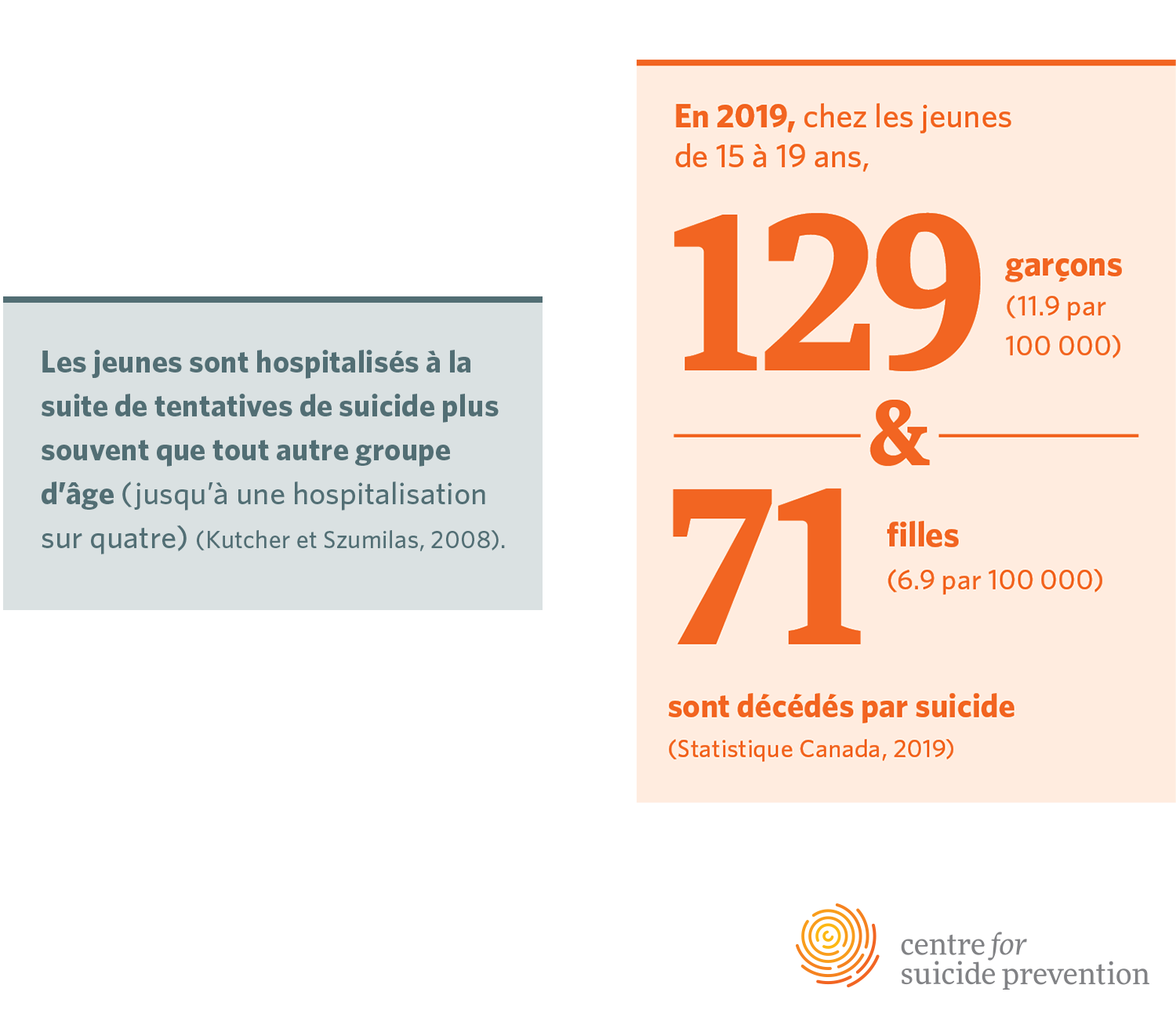