In his 1952 essay “The Myth of Sisyphus”, the French novelist and philosopher Albert Camus wrote of the predicament of modern man and described him as an “absurd hero”. Man is condemned – like Sisyphus in the Ancient Greek myth – to a life of futility that is devoid of meaning. He must push a heavy stone uphill, only for it to roll back down again once it reaches the top. This labour continues – up and down, up and down – forever.

It makes one wonder why this man does not choose to end his suffering? How can such a torturous life be endured?

Camus thinks that man has a noble soul, however, as one must possess a certain amount of nobility to struggle against this absurdity of existence. The author believes that life, no matter how seemingly bad it appears, can be lived with a full “heart” and with dignity (Camus, 1955/1991).

For many people this kind of suffering is not mere allegory; it is as real as pushing a rock. For them, the pain of living is too intolerable to endure, and the idea of suicide is not an existential, philosophical question or an academic exercise. For these people, suicide is the only answer.

“Deep emotional pain” is a recurring theme in suicide theory, and its debilitating presence has been called the “most common theoretical reason for suicide” (Selby, et al., 2014, p.297). The act of suicide is, however, far too complex to sum up in three brief words. Suicides are also extremely rare, and explaining and predicting them can be very difficult (Kastenbaum, 2003).

Theory, at its best, “is an important tool in transforming information into knowledge” (Makinen, 2009, p.139). Theoretical information needs to both explain a phenomenon and give practitioners the tools to work it into their practice. As suicidologist Antoon Leenaars wrote, theory must have “sound clinical utility” (1996, p.232). Both historical and modern day theories about why suicides happen give us a much better overall perspective and understanding of suicidal behaviour.

In the past century, theories of suicide have emerged across the academic spectrum, including, but not limited to, biology, medicine, social sciences, and the humanities. Because of this, suicidology has become a multi-disciplinary area of study. These different perspectives have allowed for different treatment strategies – pharmacotherapy, psychotherapy, and family therapy, to name a few – (Lester, 1994) and they have also helped us “identify key targets for the treatment of suicidality” (Selby, et al., 2014, p.297).

This issue of iE presents a brief review of suicidal theory, and focuses mostly on those formulated from a psychological or sociological perspective. Although this review is far from exhaustive, it will give the reader a glimpse of the various interpretations of suicidal behaviour that have formed from the late 19th century to the present day.

In 1897, Emile Durkheim – the founder of sociology – presented the first notable theory of suicide, which focused on suicide at a societal level. The key variables he identified were social integration and social regulation, and he examined how these variables played out in relation to the four types of suicide that he identified. The first type, Egoistic suicide, is seen in individuals who lack social integration and are detached from traditional social bonds or society. These people are also often isolated and lack a sense of belonging. Altruistic suicides – the second type –  occur when individuals are too fully socially integrated, and, thus, they feel that their death would benefit society. Examples of altruistic suicides could include kamikaze pilots during World War 2, or contemporary suicide bombers (Selby, et al., 2014). The third type is Anomic suicides, which most often happen in societies where there is minimal social regulation. This lack of social regulation results in a failure to instill a sense of meaning – or a failure to provide a moral framework – in the lives of its citizens and results in a state of social and economic disorder. Camus’ “absurd hero”, described above, would fit into this paradigm. The fourth and final type is Fatalistic suicides, which occur in societies where social regulation is extreme and authority is oppressive and controlling. Suicidal persons in these situations would rather die than continue living in such stifling conditions (Durkheim, 1897/2006). Examples of this type could include a prisoner who cannot tolerate prison conditions, or an unwilling young woman in a patriarchal society who is forced into an arranged marriage.

Durkheim’s influence was vast, and his was the first theoretical attempt to examine suicide in non-moralistic or judgmental terms. Ultimately, he attempted to “specifically identify types of suicide and ascribe reasons” (Selby, et al., 2014, p.290) for why they happen. 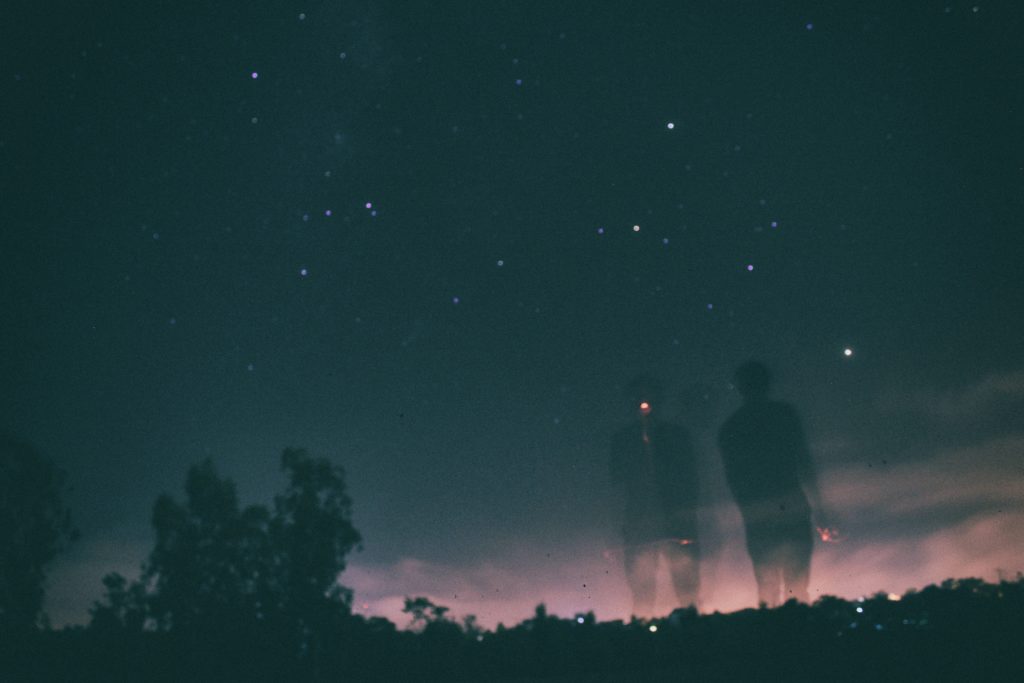 From the developing field of psychology at the beginning of the 20th century came the first major theories of why people die by suicide on the “individual” level. Freud believed that an individual possesses a “death instinct” which, in turn, is balanced by a life instinct, and is most often externalized as anger. When anger is culturally contained through societal mores and laws, its expression toward others is repressed and turned inwards. In extreme cases, this repression results in suicide – or self-murder. Freud’s ideas continued to have an influence on later suicidal theory. Karl Menninger in the 1930s and Herbert Hendin in the 1990s, for example, expanded on Freud’s ideas about the attachment of aggression and suicide to death in their respective work.

Baumeister and the Escape Theory of Suicide

In 1990, Roy Baumeister proposed a psychological model of suicide called the “escape theory”. It has been widely influential, particularly in explaining adult male suicides. Baumeister explained suicide as a sequential process, involving the following six steps:

Pioneering suicidologist Edwin Shneidman (1918-2009) believed that the central factor in all suicides is the presence of “psychache”, and the influence of psychache on theoretical thinking of suicidality has been enormous. Psychache is defined as the “hurt, anguish, soreness, and aching psychological pain in the mind” (Shneidman, 1993, p.51). It is “the pain of shame or guilt, or humiliation, or loneliness, or fear, or angst, or dread of growing old” (Shneidman, 1993, p.51).

Suicide is not necessarily the wish to die but is rather a means to ending the psychological pain.

Psychache results when an individual’s vital needs are not met or are frustrated. Shneidman believed that the majority of suicides were due to frustrated needs experienced in the following four ways:

It is important to note that each person has a different threshold for enduring psychache. When that threshold is reached, or when the individual deems the psychache to be unbearable and overwhelming, the most drastic effort to reduce it – suicide – emerges as the answer.

Shneidman’s theory stresses that suicide is not necessarily the wish to die but is rather a means to ending the psychological pain (Shneidman, 1993).

Leenaars and the Multidimensional Model of Suicide

Antoon Leenaars is a leading proponent of multidimensional, evidence-based models of suicide. They are also sometimes referred to as “ecological models”.

Leenaars, along with Shneidman before him, is a leading researcher of psychological autopsies – a term that Shneidman first coined. He is also a leading authority on the analysis of suicide notes. These investigations are extremely effective in understanding, retrospectively, why someone has taken his or her life.

When Leenaars undertakes a suicidal analysis, he employs idiographic (specific) and nomothetic (general) elements. This is essential to capture a more complete illustration of the lost life. He draws on resources such as personal documents, interviews with survivors, official government reports, suicide notes, and any other available sources.

He interprets both intrapsychic  and interpersonal features to decipher what drives an individual to suicide:

For Leenaars, suicide is a “multidimensional malaise”, or a combination of “biological, psychological, intrapsychic, interpersonal, social, cultural and philosophical” elements, as opposed to the simple escape from pain(Leenaars, 1996, p.221). In his view, a penetrating investigation into the person’s lived experiences gives us much more of the “why” someone died by suicide (Leenaars, 1996).

A popular contemporary theory of suicidal behaviour is Thomas Joiner’s Interpersonal Theory of Suicide (2005), which has been especially useful in explaining the prevalence of suicide in older adults and – in particular – older adult males.

This theory was examined at length in iE16 Social Connectedness and Suicide Prevention  but I will summarize it here. There are 3 factors which need to be present for a suicide:

These 2 combined factors create the desire for suicide.

Aaron Beck posited the Hopelessness Theory of suicide in the 1970s. He asked what possible force could drive a person to violate and override the “survival” instinct to kill him or herself. That force turned out to be hopelessness– the “catalytic agent” that drives the suicidal desire. He found that hopelessness is a stronger indicator of suicidal intent than depression.

The individual has a stored reservoir of negative models which determine how they will perceive and interpret new information. In the case of suicidal thoughts, these models exacerbate feelings of hopelessness at the expense of positive, productive information.

Beck has been pivotal in devising measurements to aid clinicians in assessing mental illness and suicidality. Some of these include: The Beck Depression Inventory (BDI), the Suicide Intent Scale (SIS), and the Beck Hopelessness Scale (BHS).

Beck believes that cognitive change, in addition to behavioural change, is crucial to effective treatment. This is evident in the practice of Cognitive Behavioural Therapy(CBT), which he helped develop. He also feels that clinicians should target a patient’s feelings of hopelessness for more positive treatment outcomes (Beck, et al., 1974).

Marsha Linehan’s theory of Emotion Dysregulation is often referred to as a “bio-social” theory, as biological and physiological elements figure prominently in an individual’s responses to stress and emotion regulation. An afflicted person is characterized as experiencing intense emotions and an increase in sensitivity – even hypersensitivity – in upsetting situations. These extreme emotional  states are intense and aversive. Sufferers desperately attempt to manage their symptoms. Sometimes these efforts to cope or regulate the pain manifest as self-injury, and in extreme cases suicide can result.

Linehan developed Dialectical Behaviour Therapy (DBT) to help patients treat their emotional dysregulation.  In this treatment, behavioural skill deficits are taught within a problem-solving and skills-training framework, and there is an emphasis on skill building and behavioural change. Selfvalidation and hopefulness are the desired outcomes.

Although several theories of suicide are surveyed here, there are many more left unmentioned. These include theories stemming from research in other disciplines. For example, huge advances have been made in the study of the brain in the neurosciences in the last 20 years. We have a better understanding of how the brain works and consequently how chemicals in the brain influence how we think and behave. This is positive because we now have a better idea of how suicidal thoughts are formed, and how these thoughts result in suicidal behaviours.

It is important to note that no single theory can explain the complexities of suicide or suicidal behaviour, regardless of whether the theory is rooted in sociology, psychology, or even medicine. It is also unfeasible to conclude that every theory can be used effectively to treat suicidality.

Particular theories may influence newer ones or may fall out of favour altogether. What remains constant is the evolving understanding of why people take their own lives. We get this understanding from the tireless research that goes into formulating theory and its practical application.

As theoretical efforts in suicide prevention continue and our practical treatment of suicidal individuals improves, more people who are suffering will hopefully begin to experience lives that are not quite as painful and intolerable. When this happens, they may no longer feel like Sisyphus, endlessly pushing the rock, rather, they can be, as Camus imagines Sisyphus, content and happy to be alive (Camus, 1955/1991).

2 responses to Why do people kill themselves?