Whether you have a Facebook page, a Twitter account, or share your videos on YouTube, the reality is an increasing number of the population uses these outlets every day – often in lieu of face to-face communication. With this revolutionary shift comes an increase in the incidence of people-at-risk using these media to voice thoughts of suicide.

Social networkers who have never been faced with such serious and urgent crises can be placed in very difficult situations when this occurs. When suicide ideation is expressed in these forums, how should one respond? Are there guidelines or protocols that one can follow? Developing a response to this new but serious issue has taken on an urgency that needs to be addressed.

Suicidal ideation, or “having thoughts of self-injurious behavior with variable suicidal intent”, (Goldney, 2008, p.11) is an early indicator of a future suicide attempt/death by suicide, and “talking about suicide” is at the top of the American Association of Suicidology’s list of suicide warning signs (Joiner, 2010, p.177). “A personal intervention or intervention through the phone can make a real difference” (Joiner, 2010, p.177). It can mean someone getting the help they need immediately.

Although online suicide ideation is not a new phenomenon, like ideation in any context, it should be taken very seriously. When thoughts of suicide are expressed via social media, it is more difficult to intervene.

Although many important papers dealing with suicide and the Internet have been published in the last decade, the topic of social media networks and suicide is so current that the vast majority of the research is still forthcoming. For this reason, we must turn to the Internet, as well as traditional media outlets such as television, radio and newspapers in order to get the most recent and relevant information on this phenomenon.

A cursory search on Google will yield many stories recounting suicide-related content on Facebook, Twitter or other sites. One striking account from the UK relates how one woman’s threats went unheeded (and even mocked by some) by over a thousand of her “friends.” She, unfortunately, ended up dying by suicide.

Another man in crisis experienced a similar outcome. No one responded to the grim status updates on his Facebook page, except for someone who, clearly confused about how to respond, asked “Are you dying? or just staying brooklyn? I hope it’s the latter.” Tragically, the man took his life.

But there are positive stories as well: a young South African mother began tweeting distressing messages. Followers on Twitter communicated with one another to try and locate her. Their endeavors were successful. She was tracked down and received the assistance she needed. 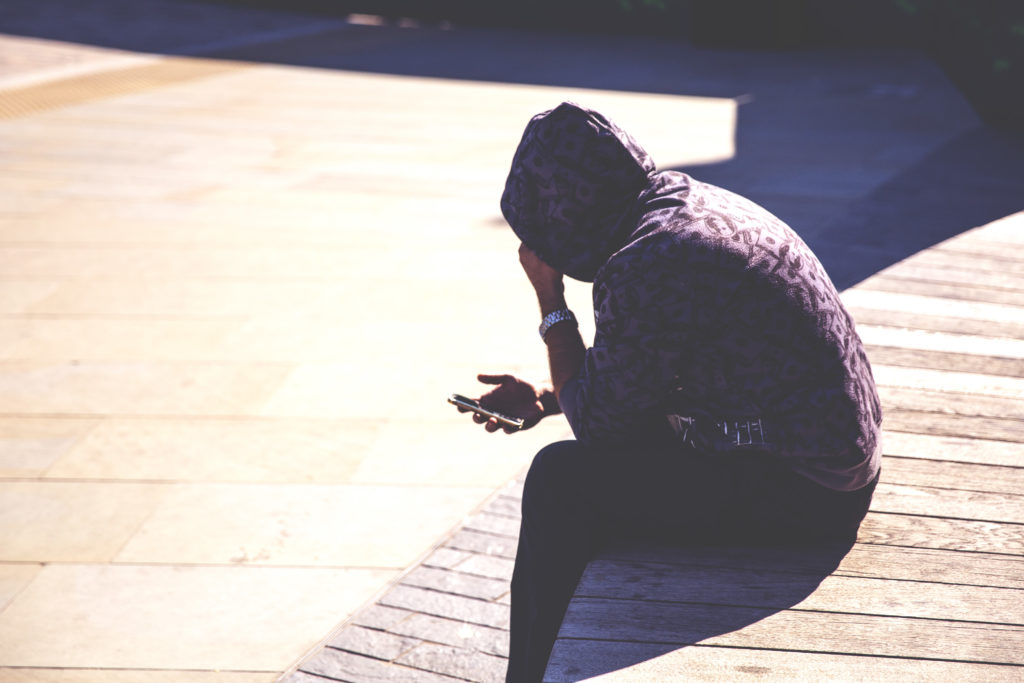 It is not surprising then that suicide ideation on social media sites has become an issue. After all, people are disclosing everything else online, so why not the most anguished and private of decisions?

What is it, though, about these networks that encourage people to bare their souls? And what are the advantages and risks associated with disclosure within these forums?

One advantage in disclosing through social media is the relative safety that being online provides. It allows for a comfortable gulf between the person-at-risk and their potential audience. It is perhaps less of an emotional strain to let dozens of people know about your intentions in a cyber-setting, than a single friend or confidante in a face-to-face situation.

The willingness to share one’s darkest, innermost thoughts could be because there is a familiarity to these tools. People who have been communicating “virtually” for a long time (or for most of their lives) probably find it natural and normal to do so.

There is a definite connection, also, to a potentially sympathetic audience. An effective support community can be built through these ties—for example, through Facebook “friends” or Twitter “followers”.

Despite these advantages, there are some definite risks, as well.

Potential Guidelines to Respondents of Suicide Ideation on Social Networks:

Above all, the most glaring and dangerous one is that the person-at-risk might not have their cry for help taken seriously. As seen in the examples cited above, they may be mocked or simply ignored altogether. And if part of the person’s intention, whether underlying or not, was to get some help, then this assistance, sadly might never be received. The distraught person, forlorn and rejected, could follow through from ideation to suicide attempt to death by suicide.

What if you are an individual who comes across an expressed suicide ideation? One of the first challenges that such an individual will encounter is being able to determine if the ideation is “real” or a “hoax.” Unlike face to face or telephone encounters, there is an absence of visual, audio or body language cues. In such circumstances should one pursue the matter or ignore it? The authoritative literature strongly recommends treating any kind of expressed ideation as real and to take it seriously.

A final challenge comes in the form of what Sandler (2009) calls a “diffusion of responsibility” to others. That is because of the potentially large size of the virtual audience, peoples’ sense of personal accountability is generally quite low. A reaction of many who see a suicide threat on a social website could be that “someone else” will take care of the person-in-crisis.

Are the aforementioned host sites legally and/or ethically obligated to ensure that help is readily available for their patrons-at-risk? Further, do they provide guidelines for how one can properly respond to suicidal content on their platforms?

The National Suicide Prevention Lifeline in the United States has provided some good information on this topic. They have advised and partnered with Facebook and others to improve safety protocol with regard to suicide ideation.

Consequently, Facebook has created a comprehensive page devoted to the safety of its members.

They instruct their “friends” to notify local emergency services, and also state that their “administrators will take necessary actions from their end.” Twitter has an email address: @safety, and both Myspace and Youtube have links on their users’ profile page where one can report suicidal activity. These are great examples of social media sites responding ethically to the needs and concerns of their customers. It is safe to deduce that they are taking these steps to ensure that their legal obligation to their patrons are addressed as well.

While individual site policies are a good start, what we may need is a more universal and codified set of guidelines. Perhaps these universal policies could then be adopted by all interactive social media websites to ensure the safety and security of all who use them.

Some points to consider from the outset in compiling this list may include:

Above all, take the threat seriously, by treating online people as you would treat them in person. Always err on the side of caution and remember that your decision to take action could literally mean the difference between life and death.

We encourage you to weight in on this subject by offering your responses to this article in the feedback box below.