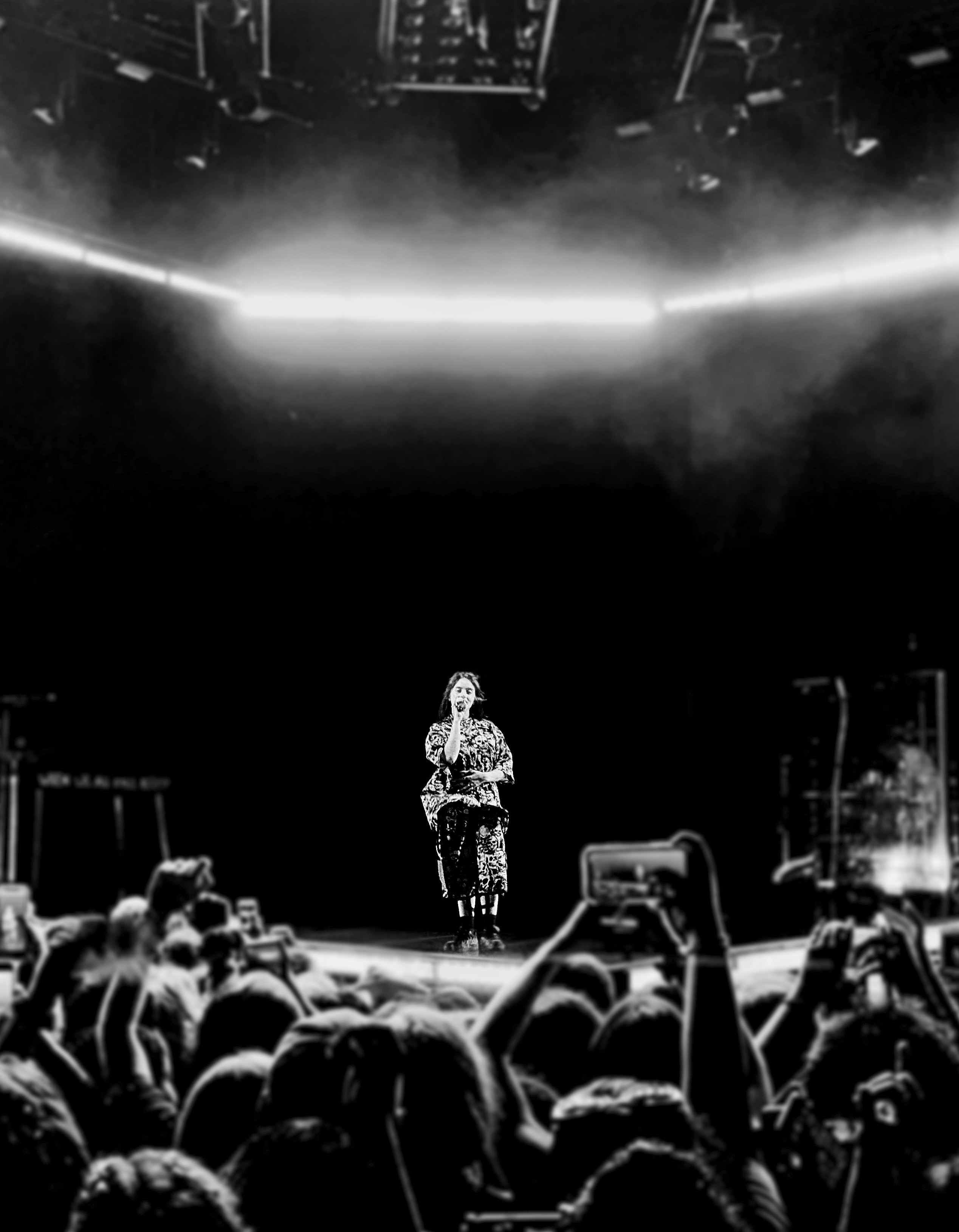 Standing alongside Eilish in her acceptance speech for Song of the Year, Eilish’s brother and producer Finneas O’Connell said, “We didn’t make this album to win a Grammy… we wrote an album about depression and suicidal thoughts and climate change… so we stand up here confused and grateful.”

Recently, Eilish opened up about having suicidal thoughts, and described how she felt isolated and lonely after her quick rise to fame.

In an interview with Gayle King The Gayle King Grammy Special which aired yesterday, Eilish says, “I was so unhappy last year…” (explaining how her quick skyrocket to fame left her feeling isolated and lonely, which fueled her depression). “I was so unhappy, and I was so, like, joyless…. I don’t want to be dark, but I genuinely didn’t think I would make it to 17.”

Eilish also credits her family for helping her through depression. She says she has learned to balance her passion for music and touring with a need for rest.

She describes how her experiences have helped her support fans who are going through similar issues: “I just grab [the fans] by the shoulders and I’m like, ‘Please take care of yourself and be good to yourself and be nice to yourself,’” she said. “‘Don’t take that extra step and hurt yourself further,’” Eilish told Gayle King.

Every day we scan news headlines and social media for items of interest to the field of suicide prevention. Here’s what we found last week: Featured: Virtual Run for Life 2020 – Centre for Suicide PreventionCSP is hosting our third annual ...

CSP is hosting our third annual Run for Life on Sunday, Sept. 27, 2020! Run for Life will be a virtual event this year. Anyone who has lived experience or who is passionate about suicide prevention is welcome to join ...

Change is hard: learning to adapt

This is the second blog in our series, Hope, belonging, meaning and purpose: suicide prevention in times of crisis. While we’re all adjusting to living in a state of constant change while experiencing the COVID-19 pandemic, why do some of ...

Every day we scan news headlines and social media for items of interest to the field of suicide prevention. Here’s what we found last week:The life-saving lesson suicidal people can teach a world in pandemic – USA TodayMay 23, 2020The COVID-19 ...

Every day we scan news headlines and social media for items of interest to the field of suicide prevention. Here’s what we found last week: Is the Pandemic Sparking Suicide? – New York TimesMay 19, 2020Though we won’t know for several ...

Thank you to the Cliff Bungalow Mission Community Association

CSP has gratefully received a $2500 donation from the Cliff Bungalow Mission Community Association in Calgary to support our efforts during the COVID-19 pandemic. Thank you to for your generous support!

Buddy up for men’s suicide prevention

Centre for Suicide Prevention is excited to announce a new men’s suicide prevention campaign: Buddy Up. This campaign was created for men by men, encouraging them to have real conversations with their buddies and to support them if they’re struggling ...

This is a summary of the latest significant Canadian (🇨🇦) and international suicide research we collected in the past month:Beautrais, A. (2020). Stress and suicide in medical students and physicians. The New Zealand Medical Student Journal, 30, 11-14.Physicians are one of ...